Benefits of Adding Cannabis to Your Workout Regimen 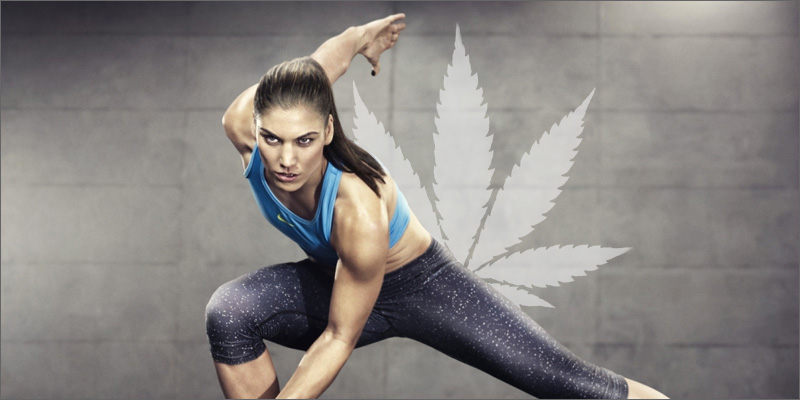 Benefits of Adding Cannabis to Your Workout Regimen

For decades, the stigma that has been associated with the use of marijuana even for medical purposes has been quite high. However, there are growing research efforts that are being done which are able to emphasize the benefits of medical marijuana for recreational users and patients. In fact, scientists and marijuana doctors are finding out that you can actually improve your efficiency as medical marijuana is able to boost your metabolism and even decrease soreness after a workout given. Most of the time, we result to taking over-the-counter painkillers that help us get through the discomfort which may end up being addictive.

Various athletes, fitness fanatics and people who love working out are beginning to use CBD products to their workout regimens. Given that there are various states such as Maryland and Baltimore that have been able to approve of the use of marijuana, most people are taking advantage of this.

Most of the times, many individuals tend to use ibuprofen in order to help in combating pain. As a result, one may end up getting hooked on these painkillers as a result. The side effects of these anti-inflammatory drugs may end up being quite brutal as they may lead to gastrointestinal damage and colonic seepage. In other cases, they may end up increasing inflammation in your body.

There are benefits of adding cannabis to your workout regimen and listed below are some of them which include:

When running, most runners are normally able to get a natural high that is associated with the speed. According to research, however, it has been proven that anyone is able to receive a high not only from running but also from simply consuming cannabis four weeks before. This is because our bodies tend to store fat and THC in these fat stores. Hence, when one is able to involve themselves in any fat burning process such as swimming, biking or running, then once the fat is being burnt off the body, it also is able to slowly release the THC stores in limited quantities.

As it slowly makes its ways into the bloodstream, it is able to deliver the effects associated with it. Feelings of euphoria will be mild given that the THC is being released in small doses. This then is able to give you a boost to push yourself to exercise be it biking, jogging or swimming among man other methods.

Nevertheless, according to studies done in medical marijuana, it has been found to boost metabolism. This is by it being able to lower the insulin resistance and increasing insulin levels. By cannabis being able to lower the insulin levels, this then affects your body process and uses of sugar. By lowering the sugar levels, this is an indication that marijuana is able to train the body to burn sugar for energy, improve your metabolism and decrease the amount of sugar stored. This then leads to weight loss.

It is inevitable for one to feel a little sore after they have been through intense exercise which is a common side effect. As a result, many gym-goers and athletes are able to rely on marijuana in order to speed up their exercise. Given that medical marijuana has been found to have anti-inflammatory properties, one is then able to feel less sore after a workout and some marijuana. Most National Football League (NFL) and Ultimate Fighting Championship (UFC) professional athletes are known to use cannabis either following a game or during their workout sessions in order to offset the pain and improve their recovery time after a workout. One is then able to do the same for their exercise regimen.

Chronic pain may make it hard for you to exercise. Hence, cannabis is able to offer you a natural treatment that will get rid of the pain given that it is a natural analgesic. There are numerous studies that actually support that cannabis is able to help with relieving pain. Nevertheless, it is a natural way of reducing pain given that it does not contain any steroids. Hence, one is not easily prone to kidney failure, dehydration, and development of ulcers among many other side effects.

As much as cannabis is known to give people the munchies which are essential if your aim is to bulk up. However, in the event that you do not wish to add any weight, then you may easily be in a position to use CBD which has the opposite effect. It actually is able to affect your appetite as it makes you only eat when your body is in need of the food. This then may help in depressing your appetite and make you lose weight while still working out.

Nevertheless, in as much as exercise is able to make you sleep better, in the event that you end up over exercising and having an increase in cortisol levels, this may make you have issues with sleep. Sleep deprivation is able to make you less effective in every aspect of your life.

When one has used CBD, they are able to get the anti-insomnia properties which may then help them to calm down and make it easier for them to sleep. This then improves the body as it will be well rested and rebooted for another day of exercise.

Given the fact that athletes who are involved in contact sports such as boxing and football are likely to be at risk of brain injury, there is the need for them to find a natural way to keep themselves safe. CBD has been used by the various athletes to help with this as it reduces inflammation and helps with pain relief. CBD has also been found to help in protecting the brain.

In conclusion, there are many benefits that are associated with the use of medical marijuana. One needs to get the best in order to help them with their workout regimen. There are marijuana doctors who are able to give more advice order to help improve your workouts. Some pave you can find them is in Maryland and Baltimore. Hence, include marijuana in your workout regimens and see an improvement.