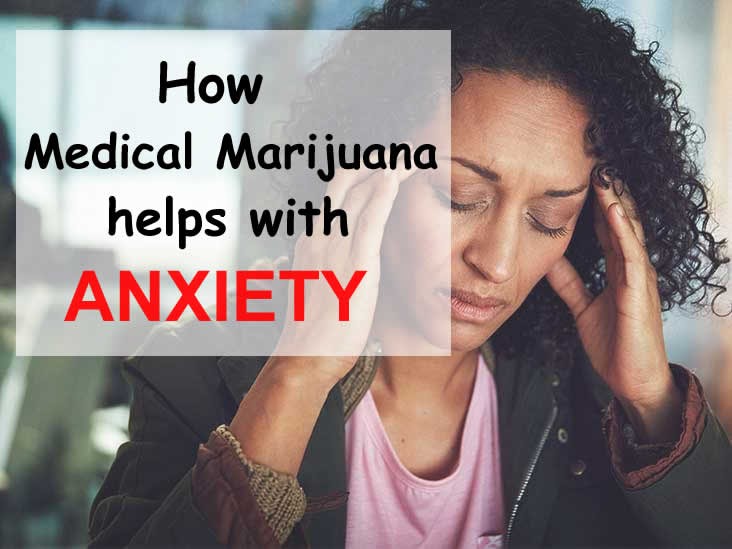 Whether you have been living with it for years or just been diagnosed, anxiety can be very difficult to deal with. It doesn’t matter the severity of your case, seemingly simple activities can feel like impossible tasks with anxiety disorders.

Since we all have unique brain chemistry and don’t react the same way to anxiety medicine, some patients find it really hard to find the right treatment for their anxiety. Even finding the right therapist can be another source of confusion on its own.

Anxiety disorders, which are often characterized by excessive feelings of apprehension, worry, and even fear, are among the most common mental illness in the U.S. It affects more than 40 million adults every year. And when we consider the number of people that have it and didn’t seek treatment, we expect that number to even increase.

Anxiety disorders are usually chronic in nature, as they last for at least 6 months while getting worse without treatment. Contrary to what many people believe, anxiety disorders don’t get better with time. Even though symptoms can usually come and go, treatment is still always necessary to fight the disorder.

When it comes to treating anxiety disorders, pharmaceutical medication and Cognitive Behavior Therapy are usually the first line of defense. However, it seems these treatment options are losing their potency as they tend not to be helping.

Some anxiety medications, in particular, are not helping issues as patients tend to develop resistance to them, therefore causing such patients to take higher and higher dosages to maintain their calm. This often causes very painful withdrawal symptoms and also contributing to the opioid epidemic.

But there is new hope! Medical marijuana is now been shown to have some potential to effectively help with some types of anxiety disorders. And also without the usual side effects associated with pharmaceuticals.

Medical marijuana contains two major compounds; the CBD and THC. While CBD is known for its several health benefits, THC is well known for its ‘high’ effect. However, when consumed in low quantity, THC can help bring relief to tension and anxiety by increasing the presence of endocannabinoids.

#2: Medical marijuana helps manage the levels of GABA in your brain

One of the most commonly prescribes anti-anxiety medications for treating anxiety disorders is benzodiazepines. The drug helps to manage the levels of Gamma-Aminobutyric Acid (GABA), a neurotransmitter that balances your levels of anxiety. Unfortunately, patients taking benzodiazepines tend to quickly build a tolerance to it, leading to lots of overdose death every year.

Medical marijuana also tends to have a significant effect on GABA levels. According to some studies, the components of marijuana, especially cannabidiol (CBD), also helps to manage the amount of GABA present in the brain.

Marijuana helps lower the levels of cortisol in the body. Cortisol is a hormone that indicates how much stress you feel. Lowered levels of cortisol create a dulled reaction to stress. Even though we aren’t very sure yet if this is an overall good or bad result. But if it turns out to be good, that could be a total gateway for the treatment of anxiety disorders.

Low serotonin level is usually treated conventionally by using a selective serotonin reuptake inhibitor (SSRI), such as fluoxetine (Prozac) or sertraline (Zoloft). But SSRI is only available by prescription. However, people suffering from anxiety disorders may be able to manage their condition with CBD instead of SSRI.

#5: Marijuana has effects on the limbic and paralimbic areas of the brain

According to clinical research, vaporizing medical cannabis or using edible oils can help the symptoms of PTSD in some patients. The study showed that symptoms were reduced as much as 75%.

However, a study also found that CBD, which is a major component of medical marijuana significantly reduce social anxiety disorder because of its unique effect on the limbic and paralimbic areas of the brain.

Are There Any Side Effects to Using Medical Marijuana for Anxiety Disorders?

While medical marijuana has many benefits, it can also have side effects for some patients. However, marijuana is versatile, so a negative side effect for a patient may be a benefit for another. So when you are considering the pros and cons of marijuana for anxiety, you should look at it holistically. Some side effects include:

Find the Right Medical Marijuana Strain for Yourself

Now, you are sure medical marijuana has a lot of promising potentials to help treat anxiety disorders. But remember that what makes it effective is the presence of CBD and THC. While CBD is the one that has the most health benefits, THC, aside from making you ‘high’ also helps to reduce the negative effects of CBD. And THC when consumed in high dose can cause more damage than good when it comes to treating anxiety. But in low dosages, it helps reduce stress.

So it is important you find the medical marijuana that has the right balance between these two compounds, and one that also works for you. Different strains have different combinations of the two compounds. So seek the help of an expert before making a decision.