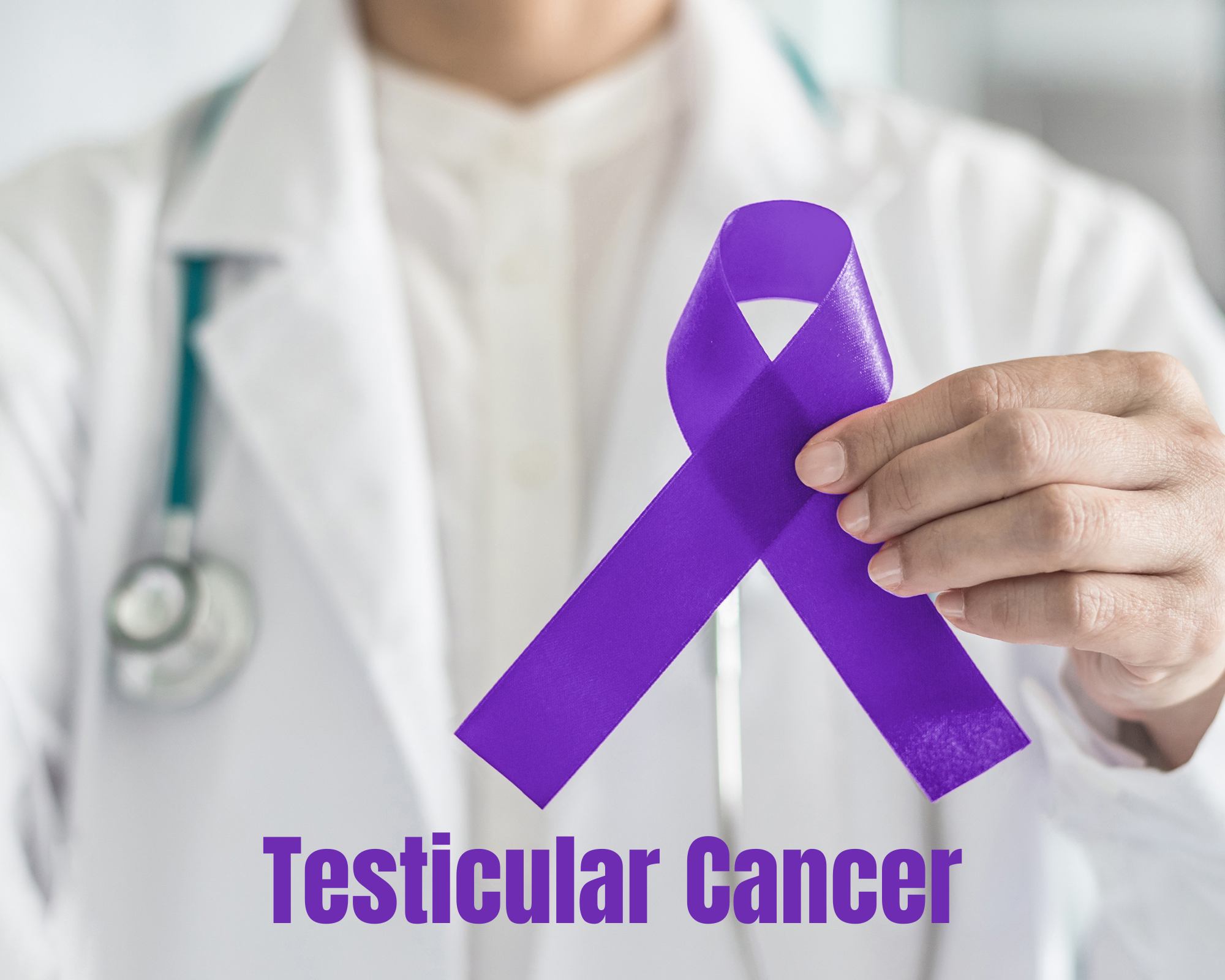 It is estimated that between 8,000 to 10,000 men will develop testicular cancer each year, making the chance of developing this type of cancer about one in 270. Fortunately, the cure rate is greater than 95 percent for all men with testis cancer.

While only about 400 men will die from testicular cancer each year, it is still a debilitating condition that can cause a lot of complications. Medical Marijuana is a great option for those suffering from those issues caused by both testicular cancer and its treatments.

What Is Testicular Cancer?

Men get testicular cancer in their testes (testicles). Their testes are located in the loose bag of skin called the scrotum that’s located underneath their penis. Testicles are responsible for producing the sex hormones in men and the sperm for reproduction. Testicular cancer isn’t as common as some other types of cancers, but it is a common cancer in men in the U.S. ages 15 through 35. This form of cancer is highly treatable and continues to be so even after it has spread past the man’s testicles. There are several treatment options, depending on the type and stage of your cancer.

How Marijuana Can Be an Effective Treatment for Testicular Cancer

Although there’s a study that links marijuana to testicular cancer, it doesn’t make any definitive conclusions or show a cause-and-effect relationship. And there are handfuls of other studies showing that cannabis as testicular cancer treatment helps increase your appetite and reduces nausea and pain associated with chemotherapy.

University of East Anglia scientists have shown how marijuana’s main psychoactive ingredient can actually reduce the growth of tumors in cancer patients. Published research today shows the existence of earlier signaling platforms responsible for the success of the drug in shrinking tumors.

The hope is that the findings can help with the development of a synthetic equivalent that had anti-cancer properties. The scientists induced tumors in mice using samples of human breast cancer cells. They then dosed the tumors with THC, a cannabis compound. The scientists found there were a couple of cell receptors in particular that caused the anti-tumor effects of the drug.

THC acts through a specific cell receptor family known as cannabinoid receptors. However, the scientists couldn’t decipher which of the receptors caused THC’s anti-tumor effects. According to the scientists, the CB2 and GPR55 joint interaction mediated these effects. These are two compounds found in the cannabinoid receptor family. The scientists’ findings helped to explain the effects of THC at high and low doses on tumor growth.

Cannabinoids, the components in marijuana, could protect against certain kinds of cancer tumors, including those in the testes. In a two-year preclinical study, scientists investigated the effects of THC on rats and mice with tumors. They tube-fed the cannabinoid to the subjects in various doses observed the tumors.

The study found THC could reduce the incidence of both benign and cancerous tumors in places all over the body. Higher THC doses were linked with lower appearances of malignant liver cells. In other areas, like the uterus, mammary gland and pancreas, fewer benign tumors appeared. Benign tumors in the testes also occurred less.

Many experts think cannabis use could increase someone’s chances of getting cancer in their reproductive system. But, they have little quality evidence to back up this argument. If anything, the evidence we have so far only shows we need to do more research on the connection between cannabis and increased cancer rates.

Three studies examined the link between marijuana and testicular germ cell tumors (TGCTs), and each found a connection between marijuana use and an increased risk of TGCTs. But, none of these studies had large enough sample sizes to show the effects of different cannabis doses.

What Symptoms of Testicular Cancer Can Medical Marijuana Treat?

Medical cannabis for testicular cancer has proven to be extremely beneficial for improving patient’s well-being and often assists patients who are having adverse reactions to traditional medicine treatments like chemo and radiation. Marijuana also doesn’t have many of the side effects that both chemotherapy and radiation do, such as:

Testicular cancer is a specific type of cancer that tends to affect between 7,500 and 8,000 men each year. This is considered the most common type of cancer that is found in males between the ages of fifteen and forty years old. Thankfully, medical marijuana has been a proven treatment to reduce the symptoms of chemotherapy in cancer patients. Chemotherapy although the usual treatment for this type of cancer usually brings along the side effects that are not loved.

Medical marijuana alleviates symptoms of nausea, a symptom directly associated with receiving chemotherapy. It also helps increase appetite as a stimulant, as appetite loss is a major factor when undergoing chemotherapy. Another piece of exceptional news is that medical marijuana has been proven through clinical studies to slow the rate of cancer cell growth and eliminates the multiplying of these cells to kill them off.

According to these studies, smoking cannabis is a very effective treatment for the side effects of chemo such as nausea and vomiting. However, smokeless inhalation devices would definitely reduce potential harmful effects of smoking medical pot.