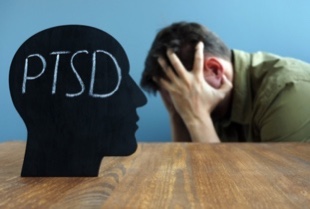 PTSD (post-traumatic stress disorder) also called PTSS (Post-Traumatic Stress Syndrome) is a common mental health condition that affects many people around the world. The condition has become a global problem due to its high numbers.

In the US about 8 million adults suffer from PTSD and it’s approximated that 1 in 13 people will develop PTSD at a certain point in their lives. The chances of getting PTSD are much higher for those in the military and armed forces. About 11%-30% of veterans who fought wars experience PTSD. Anyone can develop PTSD, but women have a higher chance of developing PTSD than men.

PTSD is a psychological disorder due to a horrific or traumatic incident. PTSD mostly affects individuals who have witnessed or experienced interpersonal trauma, especially if the person experienced the event repeatedly.

The symptoms of Post-traumatic stress disorder can vary from one individual to another. Some people can experience PTSD temporarily while others experience it for years. PTSD can affect your well-being, mental state, as well as your daily activities. Sufferers may find it hard to attend school, work, or family gatherings. This can prompt relationship problems, depression, and suicidal thoughts in the long run.

Medical cannabis interacts with endocannabinoid receptors in the nervous system responsible for controlling thoughts and feelings to relieve PTSD symptoms. When you consume cannabis, the compounds react positively with those receptors to promote sleep, relaxation, increased appetite, and relief from pain.

The endocannabinoid system influences two major PTSD factors including memory building and stress response. The CB1 receptor in your brain processes extinction learning. This means that our brains can substitute old memories for new ones. By eliminating old memories, cannabis can remove horrific experiences that intensify the symptoms of PTSD.

The primary cannabinoids, CBD and THC can reduce PTSD symptoms by improving several factors of the endocannabinoid system such as retrieval and memory consolidation. Cannabinoids bind with CB2 and CB1 receptors found in the nervous system, making them generate neurotransmitters responsible for promoting memory, sleep, and pleasure.

This means that Cannabinoids can stop the brain from retrieving underlying trauma and traumatic memories that cause PTSD. Medical cannabis can relieve PTSD symptoms as well as improve emotional wellness and quality of life.

Research on medical marijuana and PTSD

Medical marijuana is now the go-to medication for most veterans suffering from PTSD (Post-Traumatic Stress Disorder). Although the research on medical marijuana and PTSD is limited, PTSD who have consumed cannabis for treatment have acknowledged the benefits of medical cannabis, especially when it comes to anxiety and insomnia.

A 2014 study published in the Journal of Psychoactive Drugs examined the effectiveness of medical marijuana in reducing symptoms of PTSD. The results of the study showed that PTSD patients who consumed medical marijuana had a 75-percent reduction in their symptoms. Nonetheless, researchers haven’t concluded on these results and still need more results to prove the efficacy of medical marijuana for PTSD.

Medical marijuana can be a natural remedy for PTSD patients with anxiety, depression, sleep problems, etc. If you consider using cannabis for PTSD consult your local physician.