Benefits of Medical Marijuana for Patients with HIV 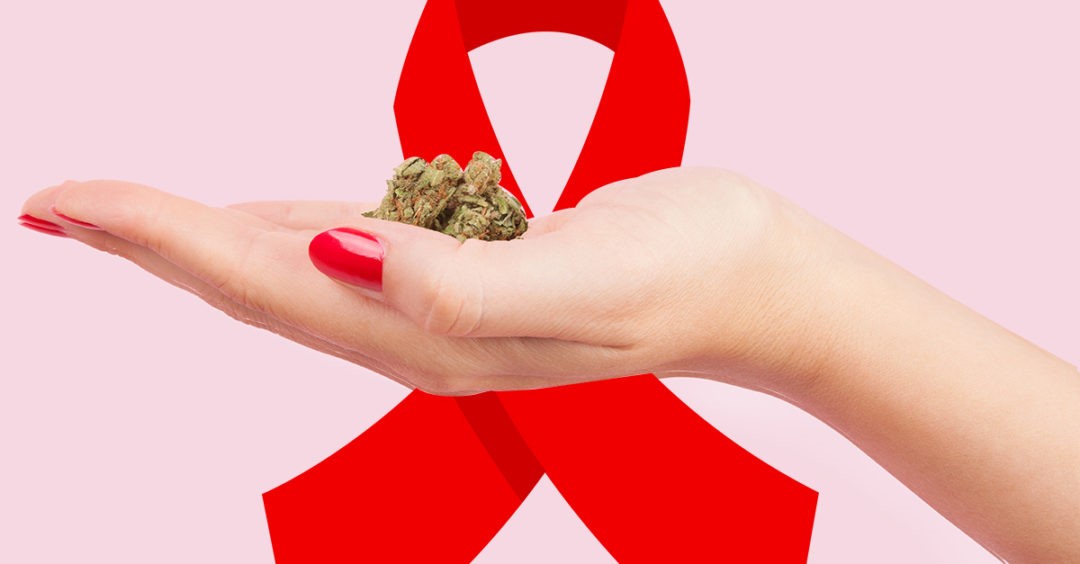 Benefits of Medical Marijuana for Patients with HIV

HIV/AIDS is used to refer to a group of diseases caused by the human immunodeficiency virus (HIV). Presently, about 35 million people globally are infected with HIV, and up to 36 million deaths have been recorded from AIDS since the 1980s. However, despite the difficulty experienced in treating HIV/AIDS, medical marijuana has been shown through several studies to be extremely effective when it comes to treating many important symptoms of HIV/AIDS.

HIV is a disease that attacks the body’s natural defense – the immune system by destroying the white blood cells. Over some time, HIV will reduce the number of white blood cells present in the body, making it pretty hard for the body to fight off infections. The more the defensive system is being weakened, the more various harmful infections, known as “opportunistic infections” begin to set in and take advantage of the compromised immune system.

Some of these opportunistic infections include pneumonia, meningitis, tuberculosis, encephalitis, chronic diarrhea, and cancers. If left untreated, HIV can advance into Acquired Immunodeficiency Syndrome (AIDS), which is the most severe phase of HIV infection.

Over the years, there have been several studies supporting the effectiveness of medical marijuana when it comes to treating some symptoms of HIV/AIDS, including appetite loss, nausea, and some other symptoms. In this article, you will be learning more about some amazing ways medical marijuana can benefit patients with HIV.

One of the common symptoms of poorly treated or advanced HIV infection is nausea, which is marked by a condition of severe weight loss and reduction in muscle mass. According to a study published in 1995, HIV positive marijuana users reported an average of 20% relief from their nausea and up to 93% of the patients reported subjective improvement in their nausea status after smoking marijuana.

Also, another report released in 2005 found that among HIV patients who have been experiencing nausea, the ones that used cannabis found it easier adhering to their anti-retroviral therapies compared to the non-cannabis users.

#2: Medical marijuana has the potential to reduce viral loads and increase CD4 count

CD4 and CD8 t-cells are the body’s immune cells that the HIV virus attacks upon infection. When they successfully overtake these immune cells, it renders the body defenseless against infection by other viruses, bacteria, and microbes.

A study was conducted in 2003 by professor Donald Abrams at the University of California, San Francisco, where the effect of smoked marijuana was tested on 62 HIV positive patients. After a 25-day inpatient regimen, up to 58% of the participant recorded no change in their level of virus load, and the patients experienced a significant increase in their CD4 and CD8 t-cell counts – up to 20%.

The study gave a similar report like that of a 2015 study published in the journal AIDS Care which also recorded higher CD4 levels and lower viral load in HIV patients who consumed medical marijuana than those who did not.

It is common to see HIV patients suffer weight loss and loss of appetite. Several studies have investigated the benefits of medical marijuana and how it helps to increase appetite as well as body weight. A survey was conducted in 2005 and involved 523 HIV-positive individuals. The survey reported that 143 of the respondents – that’s 27% of the total population managed their symptoms with the use of cannabis. Also, up to 97% of the respondents reported that they experienced great improvement in their appetite.

HIV/AIDS is characterized by severe pain which arises from complex sources, including nerve, joint, and muscle pain. A 2015 study conducted in Canada observed some HIV-positive patients for the safety of marijuana use over a period of one year. Participants of the study were given a standardized cannabis product (12.5% THC) in the form of concentrates, flowers, and edibles. The result gathered that there was a significant reduction in pain and increase in quality of life in participants. They also reported a decreased sense of fatigue, anxiety, and depression.

Peripheral neuropathy is a specific chronic and complex condition that happens as a result of damage to the motor, sensory, and automatic nerves. For individuals living with HIV/AIDS, this condition can be caused by a number of factors including the virus itself, vitamin deficiency, by some drugs used during treatment, or due to the invasion of some opportunistic infections.

Recently, studies proved that medical marijuana is effective in helping people suffering from peripheral neuropathy get relief from pain associated with the disorder. According to a 2010 study, even inhaling 25mg of 94% THC cannabis thrice a day for five days reduced pain level and improved sleep quality.

Depression, anxiety, and mood disorders are all common features of HIV/AIDS and can occur due to a combination of psychological, physiological, and social pressures. In a double-blind study conducted in 2007, researchers discovered that marijuana improved respondents’ mood and brought about a ‘good drug effect’ that increased self-confidence and feelings of euphoria