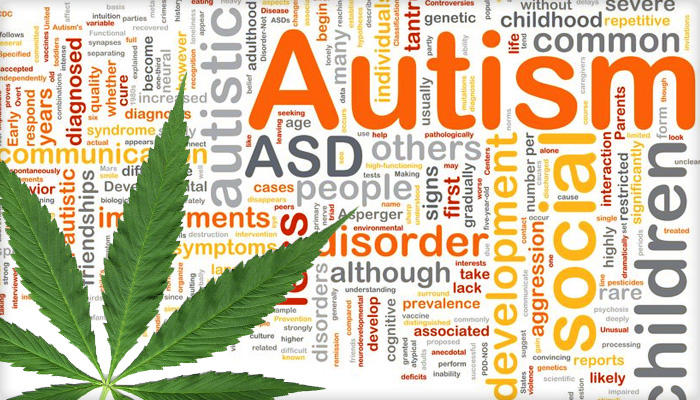 Marijuana and Children: Is it Time to Incorporate It?

Marijuana policies are quickly adapting in the US, with more states permitting the use of marijuana for medical purposes, some even fully legalizing it for recreational purposes, albeit with some restrictions. In the midst of this sea of change, more families, as well as pediatricians, are questioning the efficacy of marijuana use in treating children and adolescent-prone medical conditions.

Pediatricians are well versed in the number of families that have struggled with childhood related disorders like seizures and autism and have noted that in severe cases, symptoms associated with either like self-harm and violent behaviors can be difficult to manage. Moreover, children who are cancer patients have also been observed to suffer from frequent bouts of nausea during chemotherapy and have questioned the use of marijuana to alleviate this. In adults, undergoing chemotherapy, medical marijuana has proven effective in combating the ensuing after effects and the same has been boggling the mind of pediatricians when it comes to young patients.

With most families turning to alternative therapies and holistic treatment in managing seizures and autism, when conventional treatments failed them, with marijuana being one of them. Marijuana shares a resounding support, enough that it cannot be ignored in the treatment of these conditions, however, there is little substantial evidence to put it on the forefront.

Medical marijuana has been noted to be effective in the treatment of various conditions in children, most notably seizures and cancer nausea. However, the use of this drug in young patients carries with it caution. Administering marijuana to younger patients is somewhat a contentious aspect, despite being effective in treating some symptoms.

According to a study published, medical marijuana has proven effective in treating childhood seizures and chemotherapy-induced nausea. In the study, it was discovered that the major compound in marijuana, tetrahydrocannabinol (THC), alleviated nausea and vomiting in young chemotherapy patients. Moreover, another product has gained considerable traction when it comes to positive medical benefits devoid of psychoactive effects, Cannabidiol (popularly known as CBD) is praised particularly for its anti-inflammatory properties and its ability as a pain reliever, treat anxiety and limit the occurrence of muscle spasms. CBD is found most cannabis strains and has also been found effective in managing seizures.

These results have elicited some debate over the medical fraternity as well as social scientists with some influential pediatricians hailing these results as proof of effectiveness, particularly where conventional treatment has failed these young patients.

Despite marijuana being a promising candidate in the treatment of the aforementioned conditions in children, there is little evidence to support its extension to other conditions prominent in younger children. For instance, researchers failed to discover sufficient support in the use of medical marijuana to treat conditions like neuropathic pain, Tourette’s syndrome and posttraumatic stress disorder (PTSD) in young patients.

Moreover, other health organizations have issued a stern warning over marijuana use (whether medical or recreational) in children, due to the possible dangers and risks it presents. According to the American Academy of Pediatrics (AAP), these dangers, include reduced control in motor skills, lowered cognitive functioning, and depression. Clearly, marijuana is harmful to children’s brains.

Furthermore, Harvard’s Department of Psychiatry Dr. Shane Wong also mentions that frequent use of recreational cannabis by children and adolescents have a negative effect on their learning, problem-solving and critical thinking capabilities, as well as reducing their memory and attention span.

Therefore, careful dosing procedures of medical marijuana must be applied and followed precisely.

Careful use of Medical Marijuana Urged

Presently, the US Food and Drug Administration (FDA) approves only two synthesized cannabinoids ad a form of medication: dronabinol and nabilone. These two are actively used to treat nausea and chemotherapy-induced vomiting in both adults and children. AAP guidelines also recognize their use in treating these conditions.

However, experts still warn that the use of these drugs in young patients must be judicious due to the psychoactive effects elicited.

Cannabis-derived naturally, typically smoked or vaporized, have numerous chemical components with varying potency depending on the strain involved. The same can also be said for marijuana concentrates and edibles. This varying potency and chemical composition are what makes consistent and appropriate dosage in young patients challenging. Therefore, all states that have medical marijuana programs, must have a consent form signed by legal guardians and relevant physicians to ensure oversight and appropriate dosage. Other states may require two physicians to sign off on a minor use of medical marijuana.

While emerging anecdotal evidence emerges among young patients that marijuana is effective in better managing conditions like seizures, chemotherapy-induced nausea, and autism, pediatricians are required by law and medical ethics to exercise caution when recommending medical marijuana as a treatment front in younger patients. Moreover, these benefits mentioned are not widely shared by all experts, whereas all acknowledge the potential harms as described above.

We have reached a point where we can no longer ignore the medicinal value cannabis possess. While conventional drugs do work, they are without potential side effects too, much like marijuana. However, marijuana is a natural herb, with many medicinal properties. Cannabinoids (CBD) in marijuana relieves anxiety, depression, nausea and general pain from chronic ailments in adults, the same principle can be applied to children.

Moreover, bear in mind that often, when a particular medication is recommended to you, the physician will write down a prescription to which you’ll take to the pharmacist who will then work out the dosage and give you the appropriate medication. Medical marijuana, on the other hand, is usually sold in a tincture or plant form in the dispensaries, of which neither concentration nor chemical composition are known. Basically, we have a long way to before we can assume accurate medical marijuana dosage and chemical composition right for young patients. It is, therefore, essential that we engage all stakeholders in matters medical marijuana and go around its potential limitations to cross-over a new age in medical marijuana use.