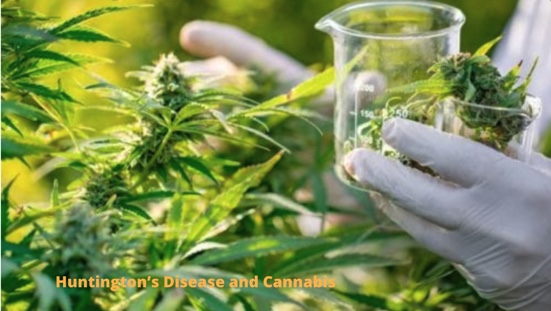 Huntington’s disease (HD, Huntington’s chorea) is a genetic condition that triggers the degeneration of nerve cells in the brain. Even though this disease is hereditary, symptoms usually take years to become visible. HD prompts movement impairment and cognitive and psychiatric disorders that come with many symptoms. The symptoms can make the patient’s functional abilities to worsen over time slowly. Eventually, a person with the disease will need help with all of their daily functions.

Research on Huntington’s disease and marijuana is insufficient because marijuana is still illegal under federal law. Nonetheless, anecdotal evidence proves that cannabis can effectively manage some of the symptoms of HD. Cannabis may lessen inflammation, reduce pain, cramps, control tremors, and seizures in the body. Eventually, THC and CBD can effectively enhance mood disorders and can treat the depression, fear, and anxiety linked to Huntington’s chorea.

There is a lot of research on cannabinoids and their effects in Huntington’s disease. Studies done on rats show that cannabis can help Huntington’s disease. According to researchers, CB1-targeting chemicals may protect cells against toxins. Studies on the brains of Huntington’s mice showed that CB1 receptor levels showed a decrease in degrees, while CB2 levels increased. Some symptoms of the disease may be caused by the loss of the CBD 1 receptors. Huntington’s mice lacking in the CB1 receptor tend to have worse movement control. High amounts of CB2 receptors might effectively deal with HD. This theory is also enhanced by research showing that mice treated with CB2-infused chemicals have less nerve cell death – probably because this lowers the immune system in the brain.

Research on cannabis on Huntington’s disease is encouraging in cells and animals. However, the human system is more complicated, and there’s a need for more studies. Experience in scientific studies has shown that results are usually inconsistent or even unique when therapies are designed to be used by humans. Sadly, cannabinoids might not be an effective treatment for people with Huntington’s disease at the moment. Different clinical trials concerning cannabis extracts or synthetic cannabinoids didn’t lessen the inconsistent movements, like chorea, or influence the manifestation of the disease.

Preliminary studies on Huntington’s Disease shows that cannabis can provide relief from symptoms and also slow down the manifestation of the disease. Studies on CBD show that it has neuroprotective properties, which stop neurons from getting destroyed in the brain and spinal cord. A recent survey of cannabis shows that THCA, a non-psychoactive acidic precursor to THC, can lessen inflammation as well as function as a neuroprotective. The medical uses for THCA are highly underestimated because when cannabis is heated up (especially when you are smoking, vaporizing, or cooking with cannabis), the THCA has converted to THC, which is a significant cannabis compound offering several benefits. There is a need for more research on cannabis and HD. As for now, cannabis therapy has a lot of potential for medical marijuana patients who have Huntington’s disease.