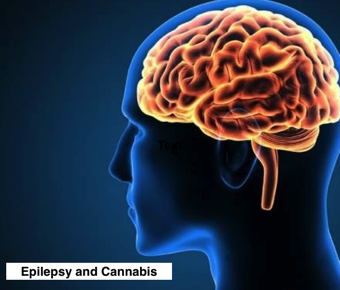 Epilepsy is a very severe neurological condition affecting people, and it’s characterized by episodes of seizures that occur due to a sudden jolt of ignition which occurs in the brain. Epilepsy triggers a disruption in the communication between brain cells.

There are studies on the relationship between cannabis and epilepsy, which have gone for years.

Most of these studies are focused on how medical marijuana can benefit epileptic patients. The use of medical marijuana as an alternative treatment for several conditions is rising into popularity, and researchers are discovering more ways to benefit from the plant.

Can cannabis be beneficial for people with epilepsy, and what are the critical information about marijuana and epilepsy?

Specifically, the study on marijuana and epilepsy focuses on CBD because it’s the compound that can significantly control seizures. CBD is not psychoactive, which means it doesn’t bring the high feeling that comes from consuming THC.

Several reports show that the US is currently testing a drug called Epidolex, which is derived from CBD. Epidolex is an oil composed mainly of CBD extract, and the FDA have licenses to use the drug for a limited number of patients from the epilepsy center.

A recent study of Epidolex shows that it decreased seizures by 54% on average when used as treatment by participants whose seizures were previously unresponsive to other therapies.

Although there is a lot promise surrounding the use of marijuana for epilepsy or more accurately, CBD, there are also some side effects that come from marijuana use.

Patients should preferably consult a doctor before attempting to self-medicate their epilepsy with marijuana. There are cannabis strains designed for epileptic patients that can yield very different results.

There also exist other drugs that can interact with marijuana to generate more effects. For example, VPA is a commonly relied-upon anti-seizure medicine. Mixing marijuana and VPA may cause lead to side effects.

There also exist some legal issues when it comes to cannabis and epilepsy. Since cannabis is illegal at the federal level, most dispensaries still find difficulties selling cannabis items. There are also restrictions on shipping cannabis across state lines and consuming it in public.

Although cannabis is seen as a beneficial way to help patients with epilepsy, reports from the Epilepsy Foundation on marijuana and epilepsy state that they support the federal legalization of cannabis and CBD. They also want more access to these possible therapies for people who are prone to other epilepsy treatment options.

To an extent, but it probably needs more research on how it can be ingested in the body. Cannabis compounds like CBD may help people with epilepsy, but it comes with some side effects.

If you are considering using marijuana for epilepsy, then it’s advisable to consult a physician before trying to self-medicate.