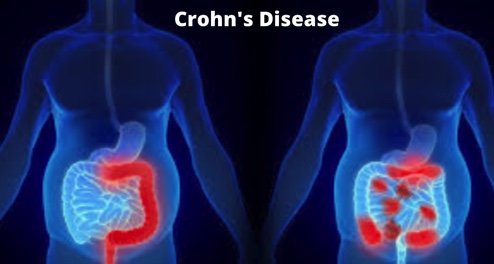 Since the basic treatment alternatives for Crohn’s disease are lacking behind, many people are now considering medical marijuana as the perfect alternative. The main reason why medical marijuana can be effective for treating Crohn’s disease is due to its cannabinoids, which bind with receptors in the gut. The primary cannabinoid responsible for relief in the gut is tetrahydrocannabinol (THC), which reduces inflammation throughout the body. Reducing inflammation in the gut makes it easy to control symptoms of Crohn’s disease.

Cannabis can be a better alternative for Crohn’s disease sufferers who are immune to steroid or immunosuppressant medications. According to a 2013 study on the impact of THC on some people with Crohn’s, it was discovered that most of the participants who used cannabis experienced noteworthy benefits without any side-effect when compared to those who took the placebo. Other studies also show that cannabis can be beneficial in relieving symptoms such as pain and nausea for individuals with irritable bowel diseases. Medical marijuana can also benefit Crohn’s sufferers who constantly use pharmaceuticals or surgeries by offering a better alternative treatment method for the disease.

Crohn’s disease makes life difficult and it can be lethal if not treated accurately. Although cannabis cannot completely cure the disease, it can help make life easy for Crohn’s sufferers by reducing unpleasant side effects linked with the condition.

Research on cannabis and Crohn’s

Cannabis has a long history as a treatment for digestive issues and many people use it for nausea and appetite stimulation. According to different studies, the anti-inflammatory properties of cannabis can relieve Crohn’s disease, as well as similar gastrointestinal disorders such as Irritable Bowel Syndrome and Ulcerative Colitis.

Although the use of THC and CBD were effective in several studies, most researchers believe that combining low-THC, high-CBD cannabis strains were highly beneficial. These treatments were also beneficial for patients that weren’t successful with traditional medications. Several reports also show that adding cannabis to the current treatment plan was also effective in reducing symptoms and increasing quality of life.

Most specialists in the field of gastrointestinal disorders believe that adding cannabis to your daily regime will help to reduce the symptoms of Crohn’s disease. Nonetheless, similar to many cannabis treatments, there is still a need for more research.

Medical marijuana is taking the world by storm due to its affordability, effectiveness, and chemical free nature. It can be a better alternative to other medications. Nonetheless, it’s recommended to consult your local physician before using cannabis as an alternative treatment.