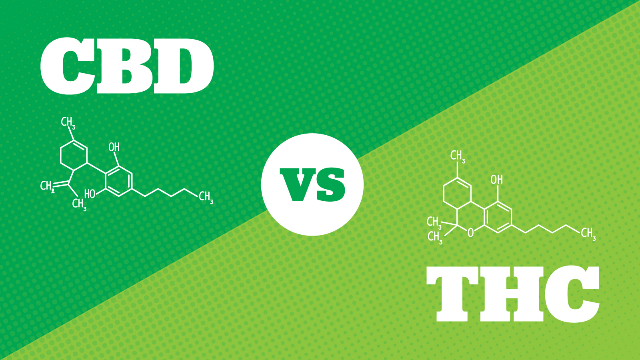 Marijuana has become an herb that is slowly being legalized in various states such as Baltimore and Maryland. This is to the extent that there are event marijuana doctors and medical marijuana for various conditions. There are over 113 different chemical compounds which are known as cannabinoids which interact with our bodies through the endocannabinoid system.

There are two strains of cannabis that have been researched more than any other strains i.e. Cannabidiol (CBD) and tetrahydrocannabinol (THC). Both of these compounds are naturally occurring as they are found in plants in the cannabis genus. They are both known as phytocannabinoids which are able to interact with both CB1 and CB2 receptors found in the endocannabinoid system that is present in all mammals.

CBD was first secluded in the year 1940 while THC was secluded in the year 1964 by the very well-known cannabis scientist, Raphael Mechoulam. At the very most fundamental level, the difference that both THC and CBD have is the fact that they differ in physiological effects. THC is a psychotropic stain of marijuana that is able to a high in its users while the CBD is a non-psychotropic hence one is not able to get “high”. Listed below are some key differences and similarities that are contained in these two common strains of cannabinoids.

The structures of THC vs. CBD

Both these compounds are from the family of tri-cyclic and 113 bi- compounds that are found naturally in cannabis. They both are able to share the same molecular formula i.e. C21H30O2, which contains 21 atoms of carbon, 30 of hydrogen and 2 of oxygen. As much as they may be similar with regard to the molecular formula, there is normally a slight difference structurally. THC is known to contain a cyclic ring when CBD is known to contain a hydroxyl group. This small difference is what is able to give the two compounds totally different pharmacological properties.

The chemical properties of THC vs. CBD

Both THC and CBD have low solubility with regard to water but have been found to have good solubility in most organic solvents i.e. alcohols and lipids. Cannabis is known to have both THC and CBD present and their acidic nature may easily be altered when heat is applied as they are readily de-carboxylated and chemically altered. This is inevitable the smoking of cannabis is one of the most common forms of consumption. In addition, THC is known to easily combine with plastic or glass and is then kept in organic or basic solvents in amber silicate glassware in order to avoid loss particularly during analytical testing procedures.

The psychological effects of CBD vs. THC

The CB1 is a G protein-couples cannabinoid receptor that is primarily elevated in the peripheral and central nervous system with an especially high abundance in the brain. It is a member of the endocannabinoid system that is stimulated by the endogenous neurotransmitters, 2-arachidonoylglcerol, and anandamide. There are receptors naturally occurring compounds which may include the phytocannabinoids that are found in cannabis. Given that THC is known to be a strong partial agonist of CB1, it is able to stimulate the G proteins couples cannabinoid receptor that ends up leading to the psychotropic effects that one is able to experience as a result of consuming cannabis.

On the other hand, CBD is categorized as a negative allosteric modulator of the G protein known as CB1, meaning it is able to alter the natural form of the CB1 receptor making this more difficult for CB1 agonists i.e. THC among others to stimulate the receptor. Given the fact that CBD is not able to bind nor stimulate the CB1, this makes it one of the reasons as to why the CBD is not psychotropic as THC. This is then the reason as to why people are able to feel “high’ upon consuming the THC while there is not effect when one consumes CBD.

There are other negative effects that CBD is able to subdue that are brought about by THC which include decreasing anxiety, short-term memory impairment, and paranoia. Research has even proven that some CBD-rich products that have a little THC have been used in to bring about some therapeutic benefits without causing any dysphoric or euphoric effect.

Medical uses of CBD vs. THC

Research has been able to show that there are various benefits that have been associated with the use of these two strains of cannabis. CBD is known to contain various properties which include:

In addition, there are also various benefits that have been associated with THC with given the fact that the medical marijuana is able to contain properties such as:

The use of medical marijuana is able to date back to thousands of years across various cultures around the world. However, given the restrictions, the efforts to know its potential have been limited. Over time, there are various states that have been able to legalize and do more research on the herb such as Baltimore and Maryland. There are even marijuana doctors who understand the functioning of various strains of marijuana and how they may be used in the treatment of various ailments.

The WHO published a pre-review report in October, 2017 giving a summary of the potential clinical uses of CBD. They stated that it may be used in the treatment of epilepsy among other diseases given that it has consistent in neuroprotective, antipsychotic, anti-inflammatory, hypoxia-ischemia, antiepileptic, analgesic, anti-asthmatic and anti-tumor properties. Other sufferers of Huntington’s, Alzheimer’s and Parkinson’s disease, multiple sclerosis, anxiety, psychosis, cancer and depression have been able to benefit from treatment with CBD according to the WHO.

Nevertheless, just like CBD, THC has its many benefits as well. There are two drugs that have been approved by the FDA that contain THC and a synthetic cannabinoid that imitates the activity of THC. Dronabinol is used for cancer patients to prevent nausea and vomiting caused by chemotherapy and helps in improving weight loss and appetite in AIDS patients. Nabilone is also able to help cancer patients from nausea and vomiting during chemo. Other uses may include treatment of neuropathic pain or pain in general due to an injury or accident, sleep disorders, depression, anxiety among many other issues.