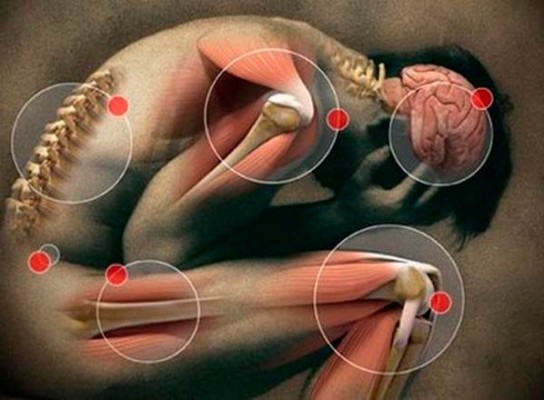 Amyotrophic Lateral Sclerosis, commonly referred to as ALS is a degenerative neurological disorder. It is a debilitating disease. It cause muscle weakness, wasting and paralysis of limbs especially those that control vital functions of the body like speech, swallowing or breathing. The life expectancy of a person diagnosed with ALS is two to five years.  Symptoms of ALS include; slurred speech, walking difficulties and decreased clearing of saliva which results in drooling. Cognitive function of the patient may be unaffected. However, if it is affected, it results to impairment. Eventually, it leads to paralysis and ultimately to death.

The cause of ALS is not yet known making it difficult to find a cure. A diagnosis of ALS causes despair as it slowly sucks out the life of an individual. Most ALS patients do not live beyond five years after diagnosis but there are few exceptions such as the great scientist Stephen Hawking who lived for more than 30 years with the disease.

Cannabis, commonly referred to as Marijuana, is a herb that produces a psychotropic cannabinoid called tetrahydrocannabinol (THC) along with array of other cannabinoids. Cannabis is the only plant in the world that produces these cannabinoids with THC being the most widely used psychoactive. Cannabis is used for medicinal, industrial and recreational purposes. It is illegal in most countries due to its widespread abuse but when properly regulated it is effective in alleviating the symptoms of many diseases.

As mentioned, ALS causes the destruction of motor neurons and the eventual dysfunctions and failures in chewing, swallowing and breathing. However, medical research has shown that cannabis is useful in alleviating the symptoms of ALS. The American Journal of Hospice and Palliative Medicine released a report in 2001 that showed the viability of cannabis to slow the progression of ALS for patients who regularly use it.

Marijuana has a nonopioid analgesia and anti-inflammatory effect that reduces the pain for ALS sufferers. Controlled use of cannabis manages the pain. With time, the patient is able to stop using opiates to cope with the pain.

ALS causes paralysis. On the other hand, cannabis is a muscle relaxer. This controls spasticity (stiffness of muscles) and the return of function to body parts that may be paralyzed such as arms or legs.

Marijuana also stimulates the appetite of the patient. Many ALS victims begin to waste away since they take small or no portions of food. Cannabis is very helpful in restoring their appetites. A consistent appetite relegates any chances of wasting away.

As mentioned earlier, ALS causes the dysfunction of vital body parts such as the respiratory tract. As a result, patients suffer from dyspnea which is a condition that causes difficulty in breathing. Dyspnea causes shortness in breathe. Use of marijuana dilates and relaxes the bronchial passages which eases flow of air to the lungs. This is referred to as Broncho-dilation. Broncho-dilation completely eradicates dyspnea.

Another symptom of ALS is the constant drooling due to the inability to swallow saliva. Use of cannabis dries the mouth and hence no more drooling.

ALS is bound to cause depression to the sufferer because it is a degenerative, incurable disease. Depression may lead to suicidal thoughts and emotional frustration. However, marijuana has a euphoric effect. One of the reasons that it is the most abused drug in the world is due to its euphoric effect.  The feeling of euphoria is very substantial in dealing with depression.

ALS causes dysautonomia or autonomic dysfunction. This is a condition where the autonomous nervous system (ANS) does not function properly.  A dysfunctional ANS affects the functioning of the heart, bladder, intestines, sweat glands, pupils and blood vessels. Cannabis treats this by causing vasodilation which is the dilation of the blood vessels. This allows more blood flow in the blood vessels hence reducing blood pressure. Vasodilation also relaxes the involuntary muscles thereby allowing the functioning of the ANS to continue without a hindrance. The effects of muscle weakness are greatly alleviated.

Neuronal oxidation, caused by oxidative stress is an imbalance between production of free radicals and the body’s ability to fight their harmful effects. A free radical is an oxygen containing molecule with one or more unpaired neutrons, increasing its reactivity with other molecules. ALS is characterized by neuronal oxidation which accelerates its degenerative nature. This oxidation damages neural cells and inevitably affects the nervous system. An ALS patient lacks antioxidants in their body to fight these free radicals which cause hazardous reactions in the neurons. Cannabis is a natural antioxidant thus neutralizes the oxidation process. Consequently, it slowly preserves the nervous system preventing the death of motor neurons.

Clearly, marijuana is effective in treating ALS symptoms and slowing down the progress of the disease. This prolongs the patient’s life past the average life expectancy. However, cannabis is not a complete cure for ALS. The degeneration process may be slowed down but in the end it still leads to the death of the patients.

The 20th century was characterized by government restrictions on the growth and use of cannabis. Many ALS patients had to self-medicate and those who were caught were arrested. The success of these patients in slowing the progress of the disease fast tracked medical research into the benefits of cannabis. Today, government regulations favor the use of medicinal marijuana with some countries legalizing it but in many countries it is still illegal. Hopefully, more countries will join the bandwagon and allow ALS victims to access cannabis freely and without fear of arrest.

More clinical research and trials are being undertaken to discover just how much cannabis can be used to help ALS patients. Discovering a cure or at least the cause of ALS will be a great relief. However, sufferers can still live a full life. With regular and controlled use of cannabis, they have a shot at living a long and fulfilling life. Medicinal marijuana has given hope, even for a brief moment to victims of ALS.