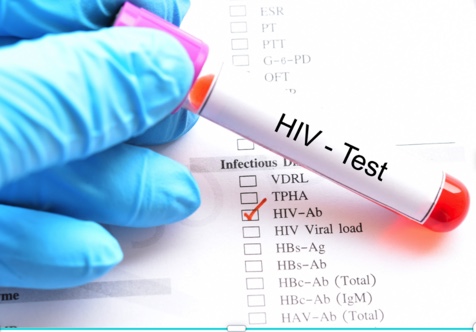 Acquired immunodeficiency syndrome (AIDS) is a specific group of diseases or conditions that come from high-level disruption of the immune system. According to many scientists, the human immunodeficiency virus, or HIV, is the infectious agent that causes AIDS. HIV kills the immune system by destroying T-cells in the blood. Treatments for HIV/AIDS are very toxic and often lead to side effects. Conventional HIV treatments include zidovudine (AZT), lamivudine (3TC), and various protease inhibitors. These treatment options usually lead to significant nausea, making it difficult for patients to continue. Nausea caused by these conventional treatments increases weight loss and loss of appetite. This can prompt a condition called AIDS wasting syndrome. Wasting syndrome is the main reason why people die from AIDS. It weakens the body and makes it susceptible to cancers and detrimental infections.

HIV/AIDS Patients usually use antiretroviral drugs to reduce the effects of AIDS. But these antiretroviral drugs usually come with side effects such as nausea, vomiting, loss of appetite and severe pain in the nerve endings (polyneuropathies) are which affect daily living. HIV/AIDS has other side effects such as wasting syndrome or cachexia and intractable pain. Most HIV/AIDS sufferers use medical marijuana to better manage their symptoms. Reports from a 2005 study published in the Journal of Acquired Immune Deficiency Syndromes, states that more than 60% of HIV patients use cannabis as an alternative treatment.

Medical Marijuana can act as an effective treatment option for HIV/AIDS symptoms as well as the side effects that come from using antiretroviral therapies. Cannabis has anti-emetic and analgesic properties which makes it a proven medicine to relieve symptoms of HIV/AIDS.

Reports from the Institute of Medicine (IOM), states that patients living with AIDS undergoing chemotherapy can use cannabinoid-based drugs to gain relief from symptoms such as pain and appetite loss without any side effects.

Data published by Columbia University in 2007 on HIV/AIDS patients states that patients who inhaled cannabis daily experienced a high increase in food intake without any discomfort and any side effect relating to cognitive performance.” It was concluded that “Smoked marijuana is highly beneficial to medical patients with HIV/AIDS.”

According to a study in 2008 by researchers at the University of California at San Diego, it was concluded that cannabis “significantly lessened the intensity of neuropathic pain in HIV-associate polyneuropathy in contrast to placebo. The study also confirmed that patients gained mood increases, and increased quality of life.”

Research on cannabis and HIV/AIDS

Various research studies have shown the effectiveness of cannabis to reduce HIV/Aids symptoms such as nausea, depression, body weakness, neurological conditions, anxiety, chronic pain, and a total loss of appetite. This means it’s up to the patient to decide whether to consume medical marijuana to relieve symptoms of HIV/AIDS. Keep in mind that Cannabis is not a cure for HIV/AIDS it just helps to reduce the symptoms of the disease. Nonetheless, it’s recommended to contact your local physician before using cannabis for HIV/AIDS.