Benefits of Medical Marijuana for Patients with IBS 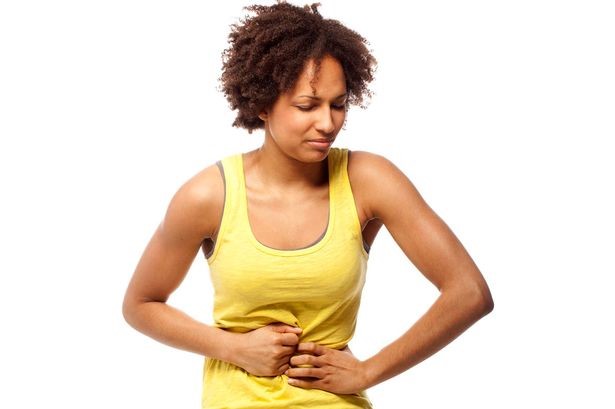 Benefits of Medical Marijuana for Patients with IBS

Recently, there seems to be a rise in the case of Irritable bowel syndrome (also referred to as IBS) as statistics recorded that one out of five American adults now has signs and symptoms of IBS. Over the years, the condition has gone by many names; as the medical understanding of the condition evolved, so did the name too.

Today, the specific cause of IBS is still not clear, and there are plenty of debates going on about it. While some people believe it is caused by a problem with the muscles of the colon, which thus results in motility issues, many believe it is as a result of imbalances in the gut flora. However, even as research is still ongoing to confirm the cause, right now, patients need effective treatments to help them manage the symptoms of IBS. The question is now whether medical marijuana could help or not.

IBS is a common long-term disorder that often causes painful and unpleasant symptoms, including bloating, abdominal pain, diarrhea, and constipation. IBS is not the same as Inflammatory Bowel Disease (IBD), which often include Ulcerative Colitis and Crohn’s Disease; all of which are conditions characterized by visible and measurable auto-immune changes.

The origin and specific cause of IBS is still unknown, but studies confirmed that the condition affects people under the age of 45 and it’s found in twice as many women as men.

What Are the Likely Symptoms Of IBS?

The signs and symptoms of IBS vary widely among different individuals. They often resemble symptoms of other conditions, but the most common symptoms include:

IBS is often a chronic condition. This means there will be times when your symptoms are worse or better than others. There may even be some times that your symptoms will show a great sign of improvement or even disappear entirely. If you continually have a persistent change in your bowel behavior, it is important to see your doctor.

How Can Medical Marijuana Benefit Patients With IBS?

One of the theories about the cause of IBS is that it is caused by an endocannabinoid deficiency. These are substances produced naturally in the body. They are chemically very similar to substances like CBD and THC, which are naturally found in marijuana.

The theory has some credibility because endocannabinoids play an important role in the gastrointestinal tract. Studies have also found that people with IBS often have a lower level of endocannabinoids. This endocannabinoid deficiency can be corrected by medical marijuana as it helps supplement the body’s natural supply of cannabinoid. This, in turn, helps to reduce IBS symptoms.

One note-worthy research about medical cannabis and IBS is that it helps address the issue of muscle spasticity. This is a term often used to refer to painful muscle spasms in relation to neurological damages and spinal cord injuries.

The muscles play important roles in IBS, primarily promoting motility in the GI tract. But when IBS occurs, it renders the muscles less active, causing the usual slow movement in the GI to become spastic and hypersensitive. This often results in either constipation or diarrhea. This is one of the reasons IBS was refereed to ad “spastic colon” in the past.

The interesting effect of medical marijuana on gut flora is also another interesting research about marijuana. Cannabis typically seem to change the ratio of the bacteria Firmicutes living in the intestine. Even though there is no clear explanation as to why this happens like that, the fact is that marijuana does seem to play an important role in promoting healthy gut flora. Remember that gut flora is important for good overall health, and that is just what marijuana is helping to achieve.

#4: Medical marijuana plays important roles with IBS because of the many receptors in the gut

The gut has a huge number of CB1 and CB2. While CB1 primarily affects the nervous system, CB2 receptors seem to affect such systems like the immune system. With the huge number of endocannabinoid receptors found in the gut, it means there could be some positive roles these substances play in some body functions, including immune response and digestion.

While IBS is known to affect our state of mind, cannabis is also popular for its mood-lifting ability. With just a little of it, you can feel far more positive. A 2016 study published in the journal Neuropharmacology found a non-psychoactive substance in medical marijuana that can help ease anxiety and antisocial behaviors in a matter of minutes. If you are feeling depressed due to your IBS symptoms, you may need to take medical marijuana to see the wonders it can perform.

No doubt that diarrhea is a painful, debilitating, and embarrassing symptoms of IBS. By helping to reduce the rate by which foods move through the GI tract, medical cannabis can help with diarrhea while also reducing abdominal cramping.

It can be very confusing having irritable bowel syndrome. While you may still be trying to recognize your triggers, there may be some specific symptoms you need to struggle with. However, medical marijuana offers many real and gentle relief from the several symptoms of IBS. So what you need to do is to take control of your condition and find the right marijuana strains for you now!