Can cannabis help you lose weight? 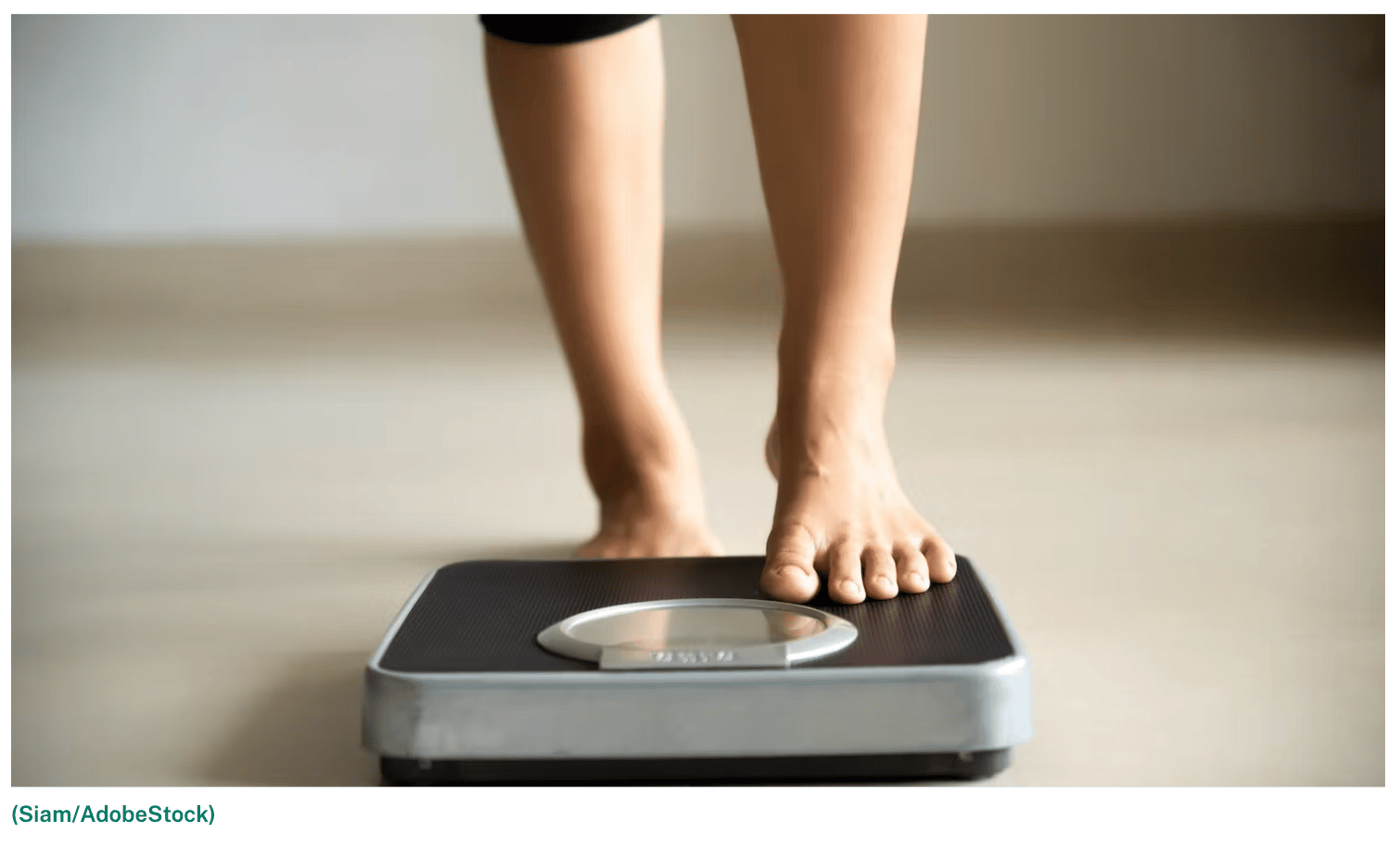 Posted on November 22nd, 2022 to Uncategorized

Humans have long been consumed with the quest for weight loss. Flesh-reducing soap, drinking vinegar, and ingesting tapeworms are just some of the pretty creative—and questionable—ways we’ve come up with to try and shed pounds.

While experts agree that increasing physical movement and following a healthy diet is the basis for long-term weight loss, many seek supplements for extra help—about 15% of Americans have tried them at some point during their lives.

But how many have tried cannabis?

Weed is well-known for its ability to provoke the munchies, so it would seem paradoxical that the plant could help us lose weight. Yet research suggests that cannabis users are significantly less likely to be obese than non-users. (Also: Adult-use cannabis legalization may even be linked to lower state-level obesity rates.)

Let’s explore how cannabis may contribute to weight loss and take a look at the cannabinoids that play a weighty role in influencing appetite.

Is there evidence that cannabis can contribute to weight loss?

The discovery that cannabis use correlates to weight loss has often been accidental. Usually, researchers set out to learn about the effects of weed on glucose levels, cardiovascular risk, epilepsy, or chronic illness, and in the process, find that cannabis may also reduce weight.

Cannabis users have a lower BMI despite eating more

According to one review, 17 studies have shown that cannabis users, overall, boast lower body mass indexes (BMIs) than non-users. BMI is a measure of body fat based on height and weight that applies to adult men and women. Across all the studies, the mean BMI of cannabis users was 26 kg/m2, while the mean of non-users was 27.5 kg/m2.

While 1.5 kg, or 3.3 lbs., may not sound like much, this clinically significant difference suggests that cannabis users are leaner and closer to a healthy BMI range (18.5–25 kg/m2) than those who abstain from weed. One study even found that the frequency of cannabis use was inversely correlated with BMI—put simply, it appears that using weed more often is linked to a lower BMI.

Here’s the punchline, though: The research also shows that not only do cannabis users have a lower BMI, they also consume more calories than non-users (perhaps thanks to the munchies). Cannabis users consume an average of 834 more calories a day than non-users according to the review above. However, this extra food intake doesn’t appear to elevate BMI or cause users to stack on weight.

How does cannabis affect weight and calorie intake?

In 2018, a team of researchers in Indiana came up with a theory for this paradox, speculating that cannabis may reduce energy storage and accelerate metabolism.

CB1 receptors in the endocannabinoid system can stop working properly with an unbalanced diet—particularly if we’re consuming too many omega-6 fatty acids in relation to omega-3 fatty acids. The endocannabinoid system plays a fundamental role in regulating appetite and metabolism, and storing energy. Most Western diets are rich in omega-6 but deficient in omega-3, which can overstimulate CB1 receptors, contributing to inflammation and spiking weight gain.

According to the research team, THC exposure can block the function of CB1 receptors, which can help mitigate the effects of inflammation and weight gain.

Other data look specifically at the role of cannabinoids on feeding behavior. While THC, the main intoxicating cannabinoid in weed, fires up appetite, other cannabinoids such as CBD and THCV (aka diet weed) appear to dial it back.

According to a 2022 review, there’s evidence that CBD can reduce appetite and increase feelings of fullness. In one of the reviewed studies, participants who received CBD also experienced a drop in BMI after treatment. Overall, lower doses of CBD appeared to lead to small reductions in appetite, while larger doses led to more significant appetite suppression.

In rodent studies, THCV has been shown to lower appetite, promote feeling of fullness, and stimulate metabolism. In human studies, THCV can improve glucose control, which can also support weight loss.

While researchers still don’t know exactly how THCV or CBD exert these effects, there’s speculation that the cannabinoids may work like Rimonabant, an anti-obesity drug that acts on CB1 receptors. Unlike Rimonabant, however, CBD and THCV haven’t been linked to serious adverse effects.

How might you use cannabis to support weight loss?

Anecdotally, cannabis users report that the plant can support weight loss in other ways.

Donna Shields, a registered dietician, nutritionist, and co-founder of the Holistic Cannabis Academy, said that cannabis may support one’s weight loss journey by helping shift to a healthier lifestyle. With improved overall well-being, weight loss can come more easily. She emphasized that cannabis shouldn’t be used as a silver bullet for weight loss, but as an aid.

“For example, if you’re not getting enough sleep or poor quality sleep, this triggers the hormone ghrelin, which influences hunger and how fat gets deposited in the body,” explained Shields. “If cannabis can help with sleep, then you’re helping to resolve the weight gain issue. I can’t underscore enough how poor sleep contributes to poor weight management.”

“A holistic approach will achieve wellness faster than popping a gummy and calling it a day,” she said. “Meditation, movement of any type, a cleaned-up diet… all of these things are critical. It’s a multi-disciplinary approach that gets the best results.” 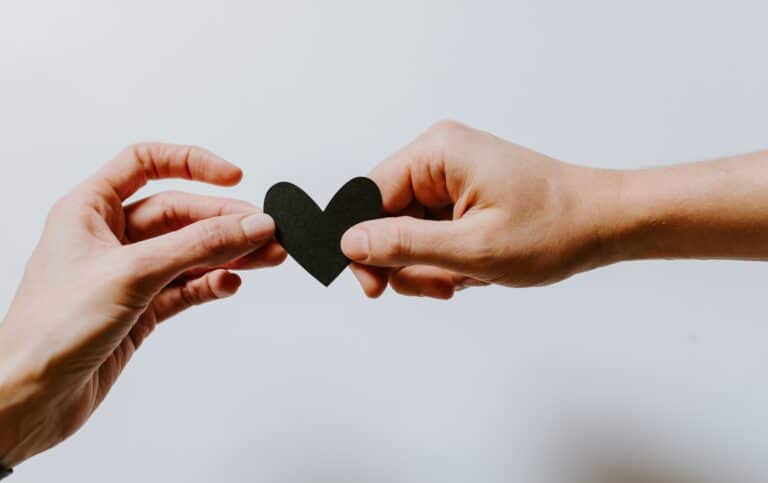 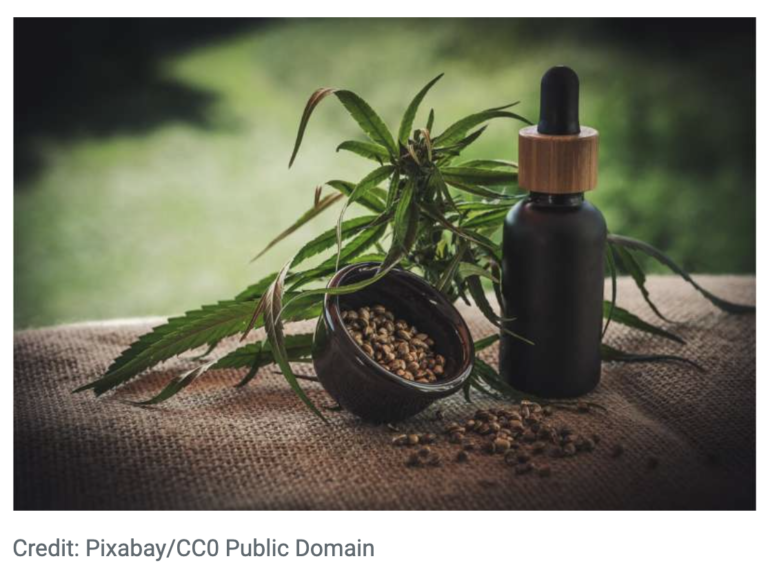 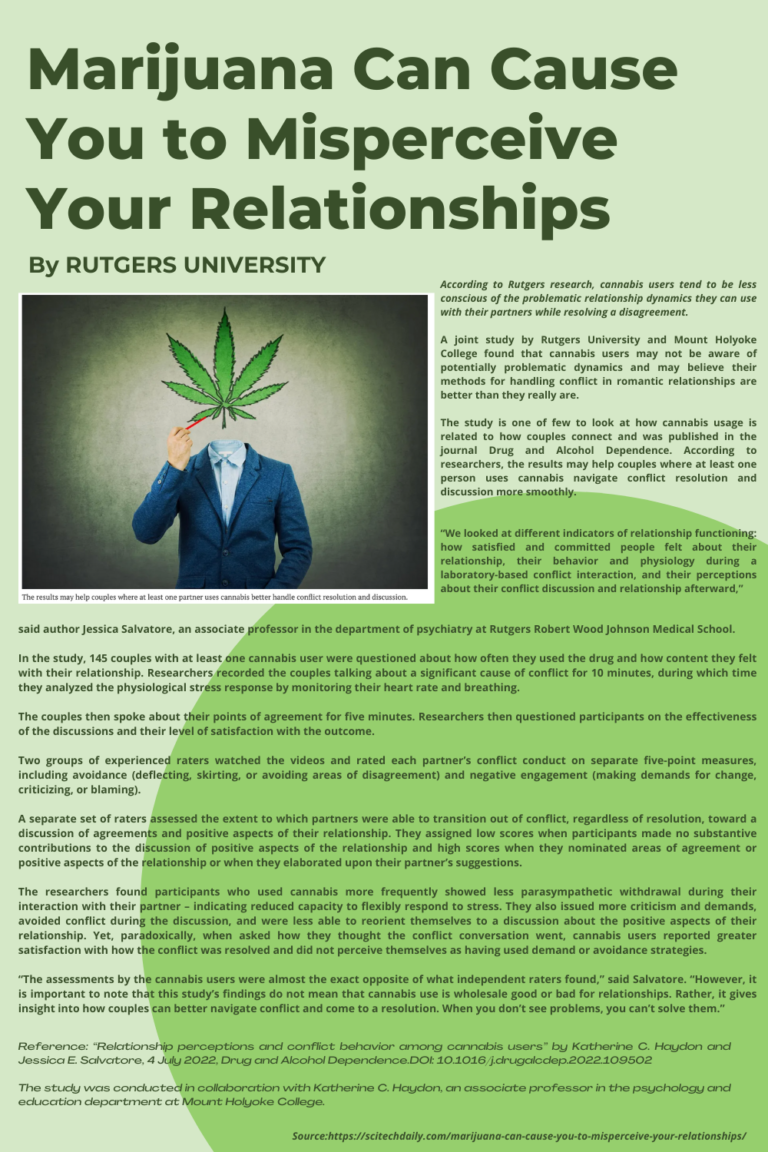 Marijuana Can Cause You to Misperceive Your Relationships